Remote Desktop Connection Client for Mac is a Microsoft tool which allows you to connect your Mac to PC Windows machines and other devices. However, Microsoft Remote Desktop on Mac has always had more problems and limitations than the Windows version which is why we don’t recommend using it.

Hello everyone, how are you all doing today? I hope you are all having a great day today. I just received some good news but for some reason, I am not that excited about it? What gives? I think I have a problem lol anyway, read on…

On this page you will find the most popular remote desktop programs for the latest Mac OS X that will allow you to connect to Windows 7, Windows 8, Windows 10, Windows Vista and just about any Linux OS including Ubuntu, for free.

What Is Remote Desktop?

The term remote desktop refers to a software or operating system feature that allows a personal computer’s desktop environment to be run remotely on one system, but the concept applies equally to a server.

Remote access can also be explained as remote control of a computer by using another device connected via the internet or another network. This is widely used by many computer manufacturers and large businesses’ help desks for technical troubleshooting of their customers’ problems. There are various professional first-party, third-party, open source, and freeware remote desktop applications, some of which are cross-platform across various versions of Windows, Mac OS X, UNIX, and Linux. Lets begin with a list of the best remote desktop software for MacOS, let us know if you want us to include your app here by contacting us. 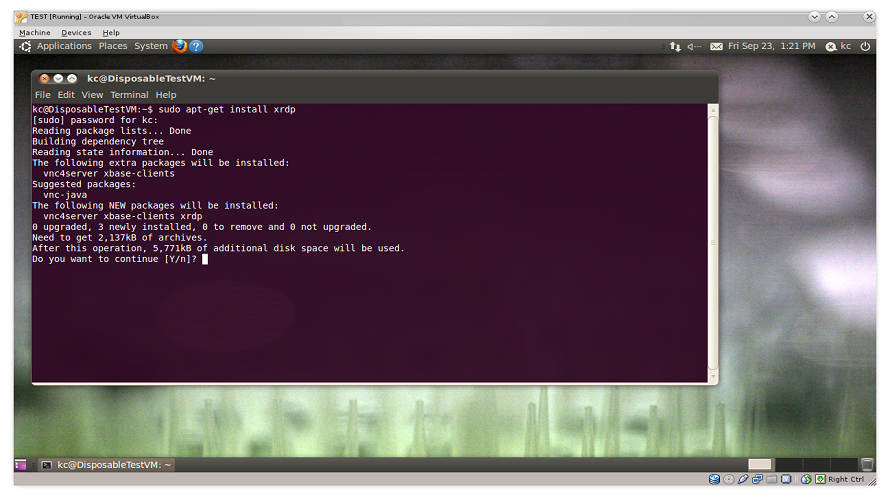 With the Microsoft Remote Desktop app, you can connect to a remote PC and your work resources from almost anywhere. Experience the power of Windows with RemoteFX in a Remote Desktop client designed to help you get your work done wherever you are.

Main Features:
• Access to remote resources through the Remote Desktop Gateway
• Secure connection to your data and applications with breakthrough Network Layer Authentication (NLA) technology
• Simple management of all remote connections from the connection center
• High quality video and sound streaming with improved compression and bandwidth usage
• Easy connection to multiple monitors or projectors for presentations
• Print from Windows applications to any printer configured on your Mac
• Access local files on your Mac from your Windows applications
• Support for Azure RemoteApp

By far the best remote desktop app for Mac, especially if you plan to connect to a Windows computer. I have been using this app for the past 2 years and so far I can’t really complain, it’s free, fast and it works, but it is made by Microsoft lol, some of you might not like it just because of that, so lets continue with the list…

Apple Remote Desktop is the best way to manage the Mac computers on your network. Distribute software, provide real-time online help to end-users, create detailed software and hardware reports, and automate routine management tasks — all from your own Mac.

Asset Management and Reporting:
-Perform lightning-fast searches with Remote Spotlight search.
-Gather reports on more than 200 Mac hardware attributes.
-See reports on user logins and application use.
-Use a Task Server to assemble inventory reports, even from mobile systems not connected to the network.

Chrome Remote Desktop allows users to remotely access another computer through Chrome browser or a Chromebook. Computers can be made available on an short-term basis for scenarios such as ad hoc remote support, or on a more long-term basis for remote access to your applications and files. All connections are fully secured.

Chrome Remote Desktop is fully cross-platform. Provide remote assistance to Windows, Mac and Linux users, or access your Windows (XP and above) and Mac (OS X 10.6 and above) desktops at any time, all from the Chrome browser on virtually any device, including Chromebooks.

This is as good as it gets because it is free and absolutely easy to get it working. You just need the Chrome browser on each computer you are trying to connect to and it works flawlessly, the only reason it is #2 instead of #1 on this list is because not everyone wants to install Chrome on their computers, again, I don’t know why you wouldn’t want Chrome but yeah, let us continue… 7 zip for mac download.

Jump Desktop is a remote desktop application that lets you securely connect to any computer in the world. Compatible with both RDP and VNC, Jump Desktop is secure, reliable and very easy to set up.

Supercharged Productivity:
Use Mac keyboard shortcuts in Windows. Seamlessly switch between computers without changing the way you use the keyboard. Vastly improves productivity. Fully customizable: Configure your own shortcuts or use the built-in defaults. No other app comes close.

Integrated into OS X
Quickly search and launch computers directly from Spotlight. Sync connections using iCloud. Tightly integrated into Mavericks’ and Yosemite’s power saving technology to give you the best battery life on the go.